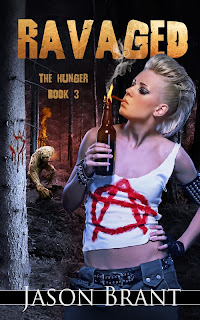 Welcome to the mountains of Pennsylvania, one of the last vestiges of the human race.

Lance York, a self-described loser in another life, has rediscovered himself in the midst of the apocalypse. Along with a cadre of other survivors, including the hardened, sexy Cass, Lance has taken refuge in a compound, struggling to survive the onslaught of monstrosities descending upon them each night.

The horrors that have devoured mankind are changing, their minds rebooting like a computer. Intelligence, the lone advantage of the humans, is returning to the infected. They ravage the compound with calculated, precise strikes, chiseling away at the defenses Lance and his friends have erected.

With the help of new ally, Major Frank Colt, the flickering flame of the old world must fight to stave off the extinguishing tidal wave of the new one.