Ash is in Audio! 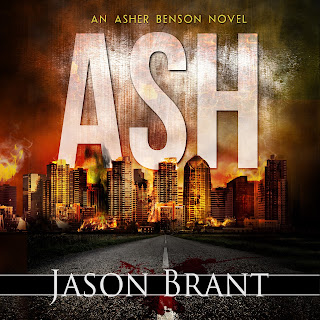 I have teamed up with the inimitable Wayne June once again for the Asher Benson series. If you’ve heard his readings of The Hunger, then you understand why I had to beg him to work with me again. There is no one on the planet who gets my style more than The King of All Mullets.

You have to hear this performance. Utterly incredible. No bullshit. Check it out on Amazon, Audible, and iTunes. Here’s the description:

9 AM EST: A senator shoots himself on national television.
10:32 AM EST: An entire floor of government agents leap to their death from their office building.
12:57 PM EST: All the police officers inside a station murder each other.
And the day has just begun.
Lieutenant Asher Benson left Iraq with a traumatic brain injury, PTSD, and a Purple Heart. His doctors warned that the symptoms would be life altering. They had no idea. As his body healed, the thoughts of those around him began to echo through Ash’s mind, stretching the boundaries of his sanity.
Five years later, Ash is drowning the voices with copious amounts of booze and self-loathing.
When unidentified intelligence agents abduct him in broad daylight, Ash is thrust into a world of espionage and assassinations. A unique terrorist is operating on U.S. soil, and the government needs Ash, and the malady that has plagued him for half a decade, to find the killer.
*Ash is the first book in the Asher Benson thriller series, which is full of snarky humor and nonstop action.